CIS Commodity Inspection Services are pleased to announce the opening of their new office in Novorossiysk, Russia. 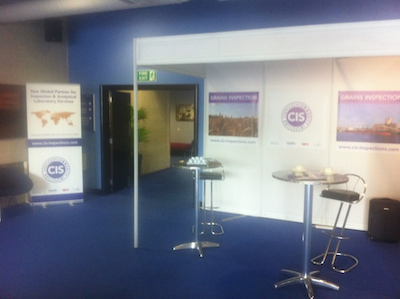 CIS Commodity Inspection Services was one of the main sponsors of the 2012 International Grains Conference at London June 7, 2012. CIS, with a boot

h at an A+ location at the 2012 Conference attracted substantial attention from the global grain market attending the event. We do thank the organization for a great job and look forward to being back next year.

For further details on the event you may visit the IGC official website at www.igc.int

For further details on CIS operations in Australia you may visit the CIS Australia website at www.cis-australia.com